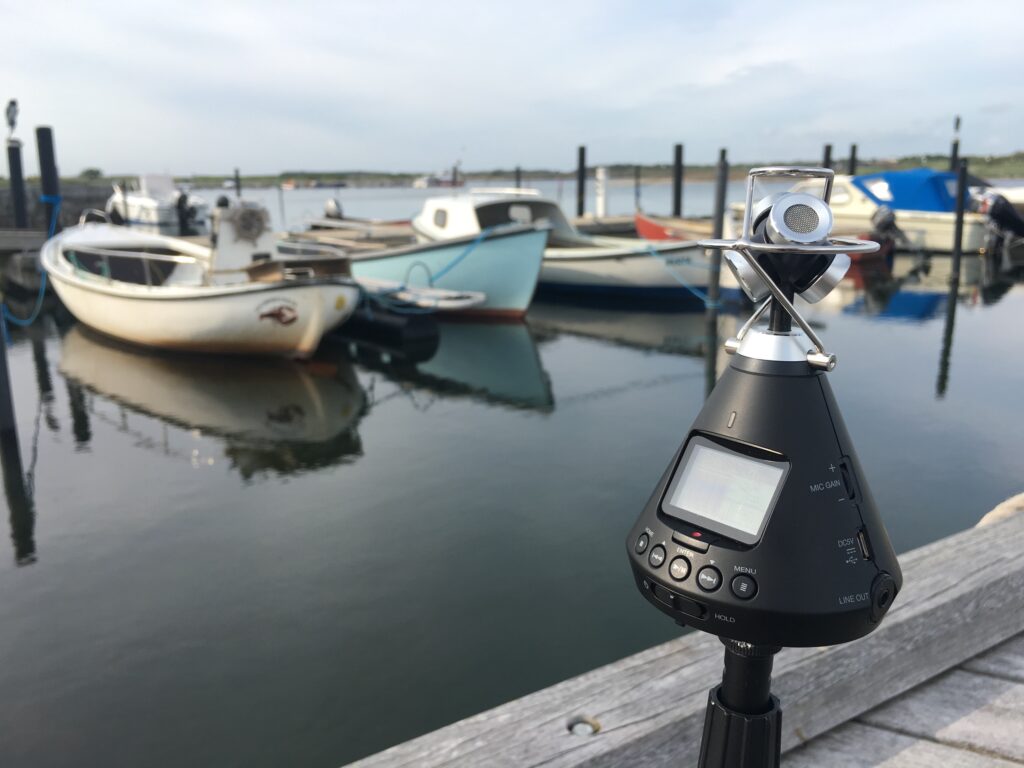 Commisioned by: Municipality of Struer, City of Sound

Available at Struer Museum from summer 2020 and onward.

The map of the district of Struer municipality lets the audience listen to field recordings from different places in the hinterlands around Struer. The selected places has been pointed out as important sites of cultural heritage. As part of Struer’s strategic work with sound as a cohesive force, the map is an initial exploration of how the cultural heritage can be activated and explored through sound. Under the wood surface there are hidden touch sensors that activates playback of audio files.

The map is made from meticulously cut layers of plywood, imbedded with proximity sensors. The electronics comprises an arduino, an audio playback module and circuitry for amplifying for headphones and controlling LEDs. 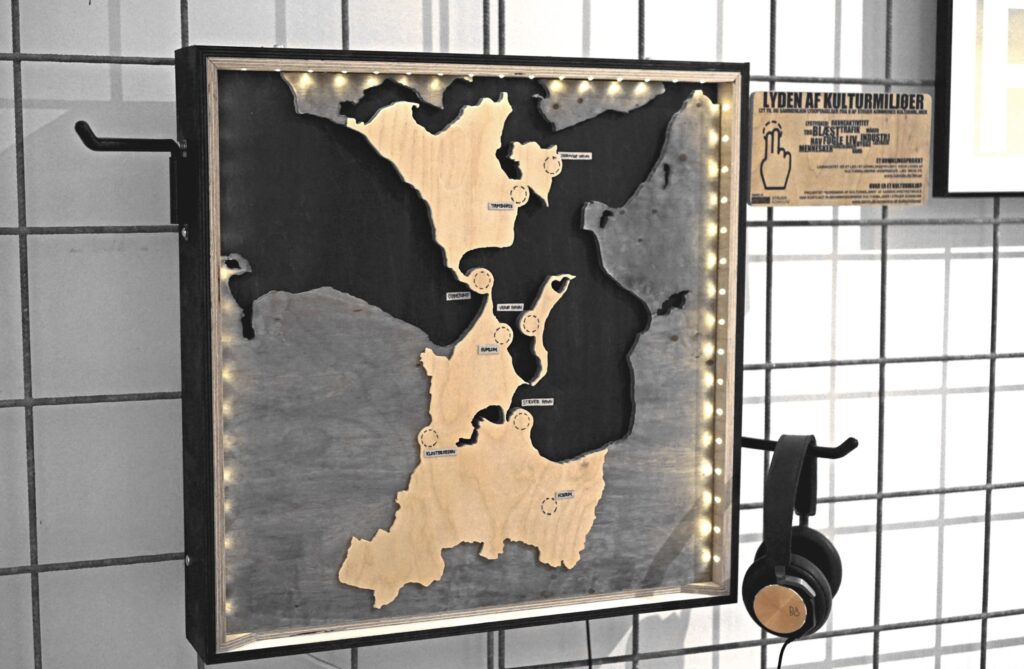 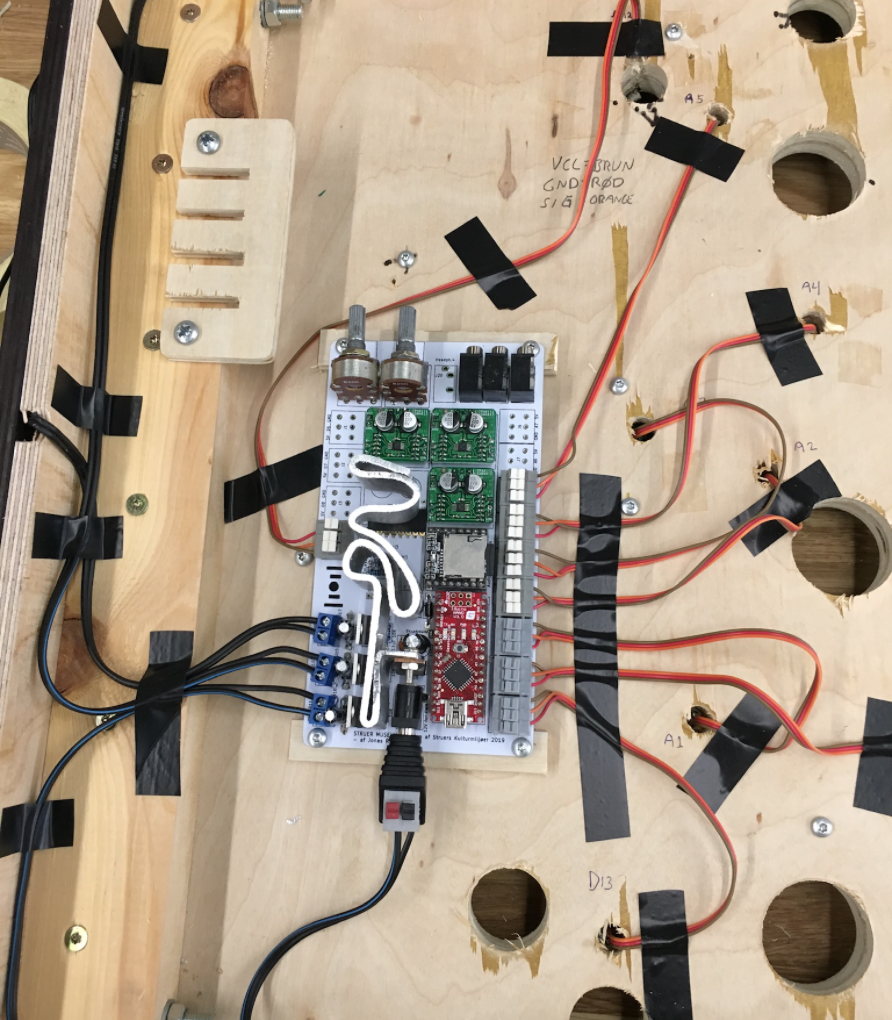 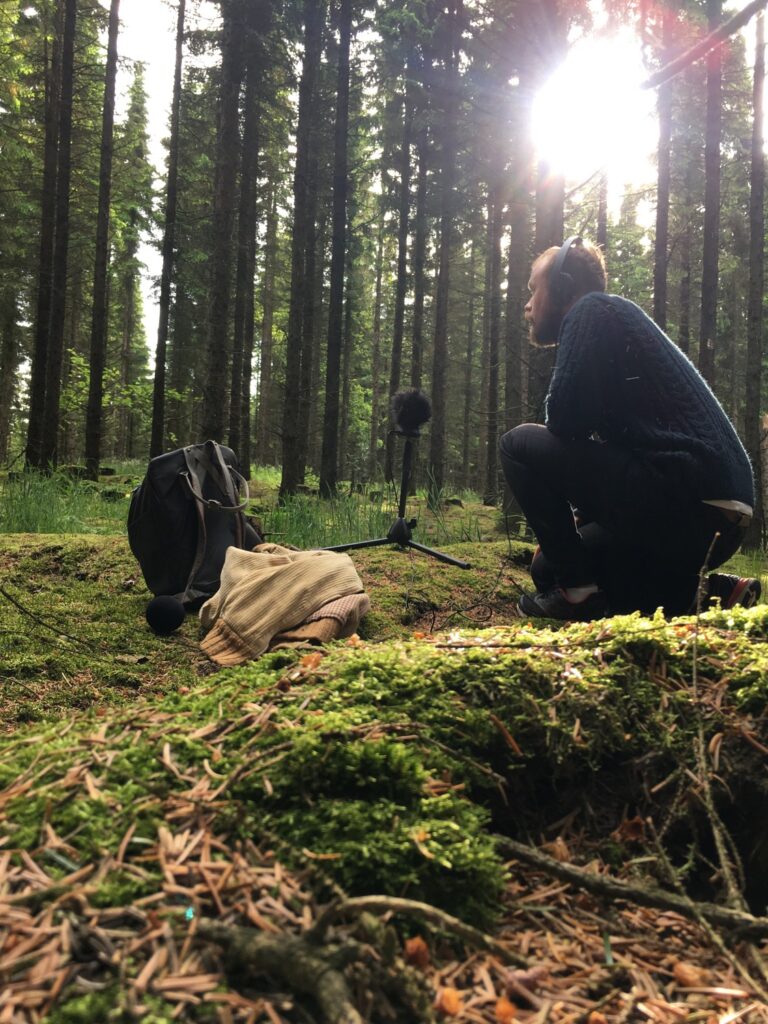